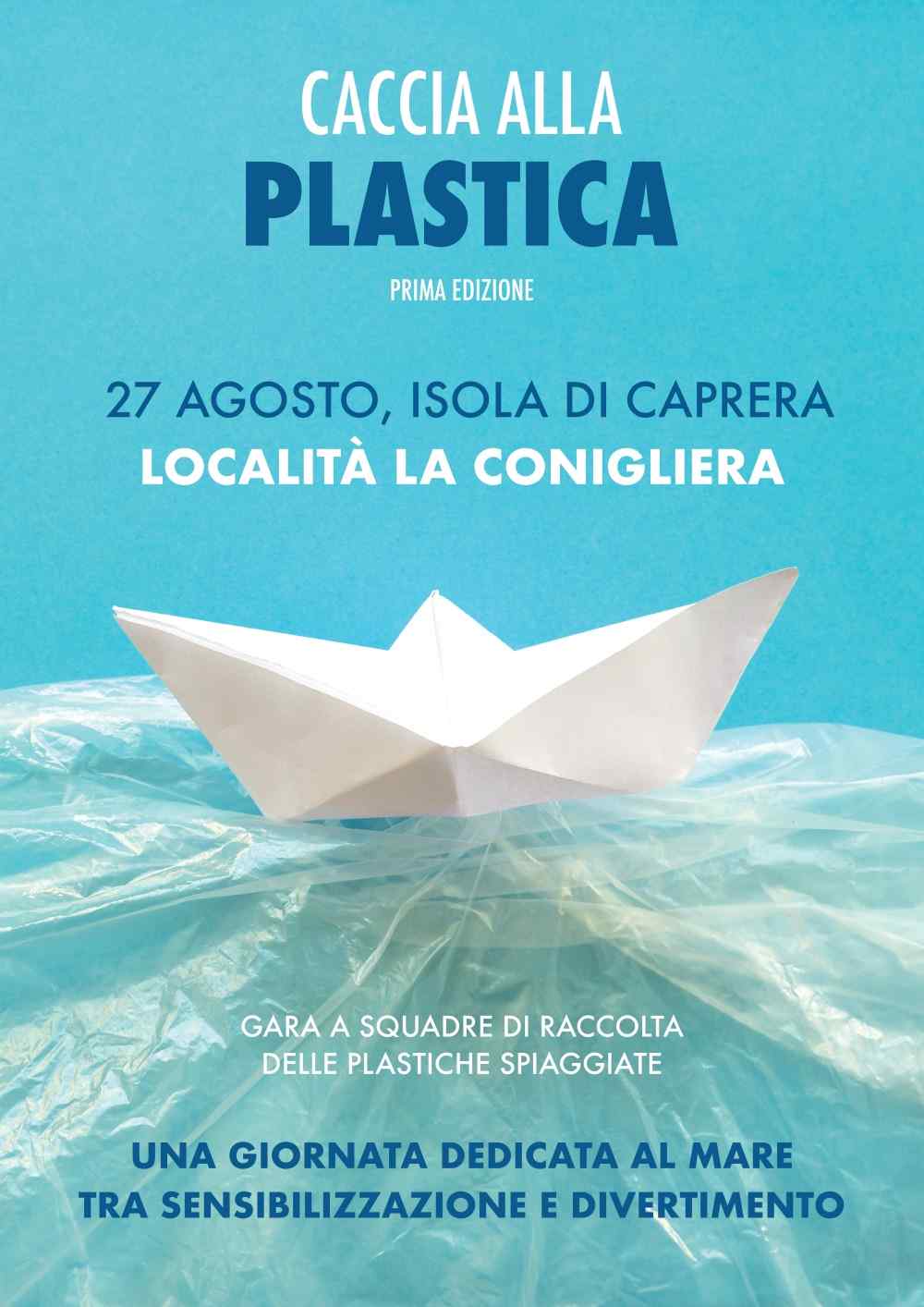 Presentation
Organizers
Plan
Awards
Train on the Quizzes
Thanks to..
Subscribe
Translated with Google
X
▼
PLASTIC HUNTING first edition
Team competition for the collection of beached plastics
A day dedicated to the sea between awareness and fun

Plastic hunting is not a simple cleaning of the beach, it is a real awareness day to be faced with a spirit of initiative and fun.

It is a game with prizes, in teams, which also serves for scientific purposes (data collection) and for fun.

In fact, after a massive cleaning of the affected area (the team that collects the most rubbish wins!) And a fresh lunch break (offered), the challenge will continue with other activities related to the sea (canoe race, swimming competition, quiz) for decree the winning team!

The day chosen is Tuesday 27 August 2019 , and will last all day, from 9:30 am to 6 pm. The data collected in the morning will be analyzed and stored. The idea is in fact to repeat the event every year, so that the data collected can be compared year after year and a great attention to the plastic theme is strengthened in the place. 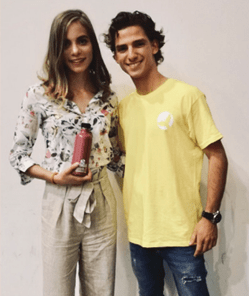 The idea of plastic hunting was born from the meeting between two young activists: Riccardo Colnago (20 years) and Sofia Bonicalza (21 years). RICCARDO is a graphic designer with a passion for the sea, particularly fond of the archipelago of Maddalena which he frequents every year since childhood. Moved by the desire to save our sea from the threat of plastic, he created on the social PlasticMission, a real mission to clean up beaches and seas. This campaign has led him to organize several beach cleanings, which have been very successful especially among young people, who are increasingly attentive to environmental problems. This event is therefore one of the "missions" against plastic. 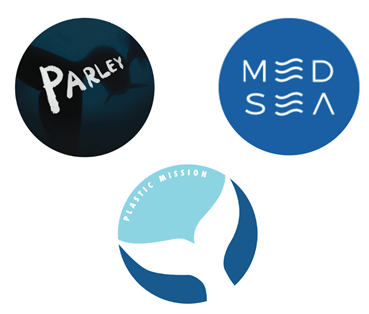 SOFIA is a youth athletics champion, as well as a biology student for organisms and ecosystems at the University of Nice. Her love for nature has led her to collaborate with some international foundations (Parley and Medsea) with which she organizes awareness-raising events for children and university students, and some cleaning of beaches involving locals and tourists. Thanks to the collaboration of these associations, the initiative is part of the #PlasticFreeMed promoted and coordinated by MEDSEA and Parley throughout the Mediterranean.

Teams: Min 3 people, Max 5 Registration: before the event, to declare the name of the team and the names of the participants via the portal website www.weblue.org.

The hunt for plastic

Each team will receive the bags and gloves for collection, and it will be their task to differentiate any waste collected. 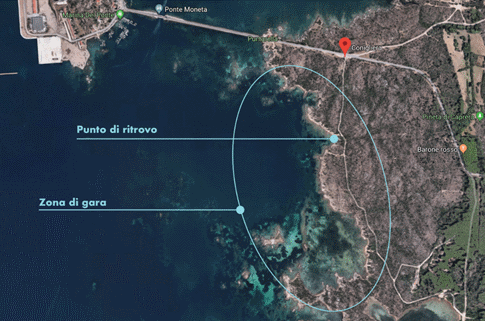 At 10:00 am (approximately) the two-hour time trial will be switched on, in which the different teams will be able to move around the entire Conigliera area (beaches, rocks and paths). At the end of the time limit the teams will have to return to the meeting point and deliver all the waste to the staff. 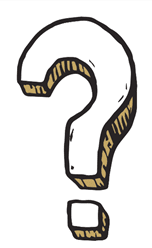 To declare the winning team the points of the morning waste collection will be added to those of the afternoon challenges. All teams will be rewarded with gadgets and vouchers.

The teams that will go on the podium will receive three fantastic unforgettable prizes to be used during the holiday period in the most beautiful archipelago in the world.

The team that collects the most bizarre rejection will also be awarded. 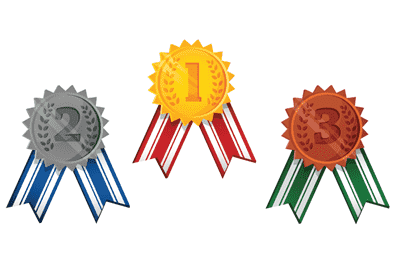 TRAIN ON THE QUIZZES

The surface of our planet is covered by 80% water and only 20% by land. So it would be more appropriate to call the Earth planet Water .

Such a large surface inevitably has a significant role in what we call life and which characterizes our beloved planet . Very probably life itself was born in water , about 4 billion years ago, and only after it arrived on land, where it diversified more and more . The oceans and seas are still today a great reserve of biodiversity, still very unexplored by human beings .

The submarine world is an incredible, magical and fascinating world that has never ceased to intrigue the human being since the beginning of its history . And in the globalized and oppressed society human, that is the current one, the sea continues to constitute one of our greatest resources .

Suffice it to say that thanks to phytoplankton the sea produces more than half of the oxygen we breathe , that the Gulf current allows us to have a temperate climate in Europe, that fish resources are food for millions of people in the world .

Yet, although the sea is essential for us, today we heavily threaten its integrity with climate change, intensive fishing, plastic pollution , wild coastal urbanization , unsustainable tourism, accidental capture of non-fishing species, pollution by other toxic substances .

Of all the water available on Earth, how much salt water?

What is Spongebob, a well-known cartoon character?

Why is it important to protect the sea and the oceans?

Because if the sea dies, we all die
Because otherwise we will no longer be able to use it to discharge our waste
Because the sea produces the CO2 that plants need to make photosynthesis

What percentage of fish capital concerns the so-called overfishing

Plastic is an innovative material, completely artificial, born at the beginning of the last century . The success is due to some of its undeniable characteristics: lightness, transparency, resistance ... above all resistance !

In fact it is a non-biodegradable material (but photodegradable), it means that it never biodegrades! All the plastic created from the beginning still exists. And where all this plastic ends ? It is divided into smaller and smaller pieces, the micro and nano plastic , which become part of the food chain of all living beings, including us .

The larger pieces, due to poor waste management, often end up in the sea where they cause enormous damage to the fauna, accumulating in floating plastic islands or scattering on the seabed .

Suffice it to say that it is estimated that all seabirds have ingested plastic and more than half of the sea turtles have mistaken it for jellyfish and ingested. Not to mention the large marine mammals, like the numerous sperm whales found dead in 2019 on the Italian coasts with lots of kilograms of plastic inside .

And then there are the abandoned fishing nets , which trap live animals by killing them . Do you think that plastic was found even in the lowest point of the oceans (Marianne pit) and even in the living being smaller at the base of the food chain (phytoplankton) .

It has become a real problem for everyone marine ecosystems, and not only !

How long does a plastic bag take to biodegrade?

Why does the plastic end up in the sea?

How big is the floating plastic island of the Pacific?

Every year a human being ingests a quantity of plastic comparable to:

Climate change is a reinforcement of the natural greenhouse effect , caused by the human being through an increase in greenhouse gases other than water vapor , like CO2, (mainly from fossil fuels used as a source of energy, in air conditioning, and in transport) and methane (from intensive livestock breeding, deforestation, rice crops, etc.) .

By increasing these gases, the greenhouse effect increases disproportionately because the percentage of absorbed and re-emitted energy increases .

This causes an increase in average temperatures and another series of cascade effects , such as ocean acidification, melting glaciers and so on .

The sea and the oceans are among the ecosystems most affected by climate change, because they have a key role in the carbon cycle linked to that of water . More CO2 in the air also means more acid oceans, and this has devastating consequences for many organisms .

Among the most affected marine ecosystems we find coral reefs , which are tragically disappearing and which constitute the largest marine biodiversity reserve.

How do we know that the increase in CO2 in the air is due to humans?

If the world temperature increases by 2°C:

Yes, they are already disappearing
Yes but they are regenerating easily
No because they are a very stable ecosystem

Acidification of the oceans what effect does it have?

The mollusks fail to build the shell
The water becomes saltier
The fish can no longer move
find out more with the QUIZ
✔The responses commented
Five "R" for the environment
[200•• 44"]
Reduction, Reuse, Recycling, Collection ("Raccolta" in Italian) and Recovery. This is the so-called 5 R strategy introduced in 1995 with the Ronchi decree, a milestone of waste policy in Italy and that has guided us to manage them in a modern way even if our inefficiencies and incapacities are still too much .

Reduction is the "winning strategy" in the long term. It's about designing packaging by reducing the quantity, starting from those components of the packages which are not intended to protect the product but to push its sale . Even the culture of buying loose products, or with a reduced presence of disposable packaging, goes in this direction .

Reuse as it is of the packaging, possible only when it has the right characteristics and at the same time the user has an adequate mental and cultural attitude . Examples of reuse are the glass jars of some spreadable creams that can be used as glasses or the white side of the photocopies that allows you to write again on paper .

Recycling , that is the use of the material of which the package is made to produce the same material to be used for new packages or objects . For example, the "fleece" fabric can be obtained from common PET bottles of mineral water .

Collection ("Raccolta" in Italian) of which the first actor is the citizen if supported by the local administrations that organize door-to-door services or with road containers or with ecological islands . The more the waste is cleaned the more it is recyclable but also using detergents and consuming water are attitudes to be reduced. Surely soon we will better understand the balance point .

Recovery to be understood as energy recovery. In fact, when the packaging cannot be reused and the material cannot be recycled , can be converted into thermal and/or electric energy in waste-to-energy plants, always as an alternative to the use of the landfill.

The paper that goes to waste is an example of:

Separate waste collection in Italy is:

Which action is to be preferred?

What is the European target for recycling by 2025? 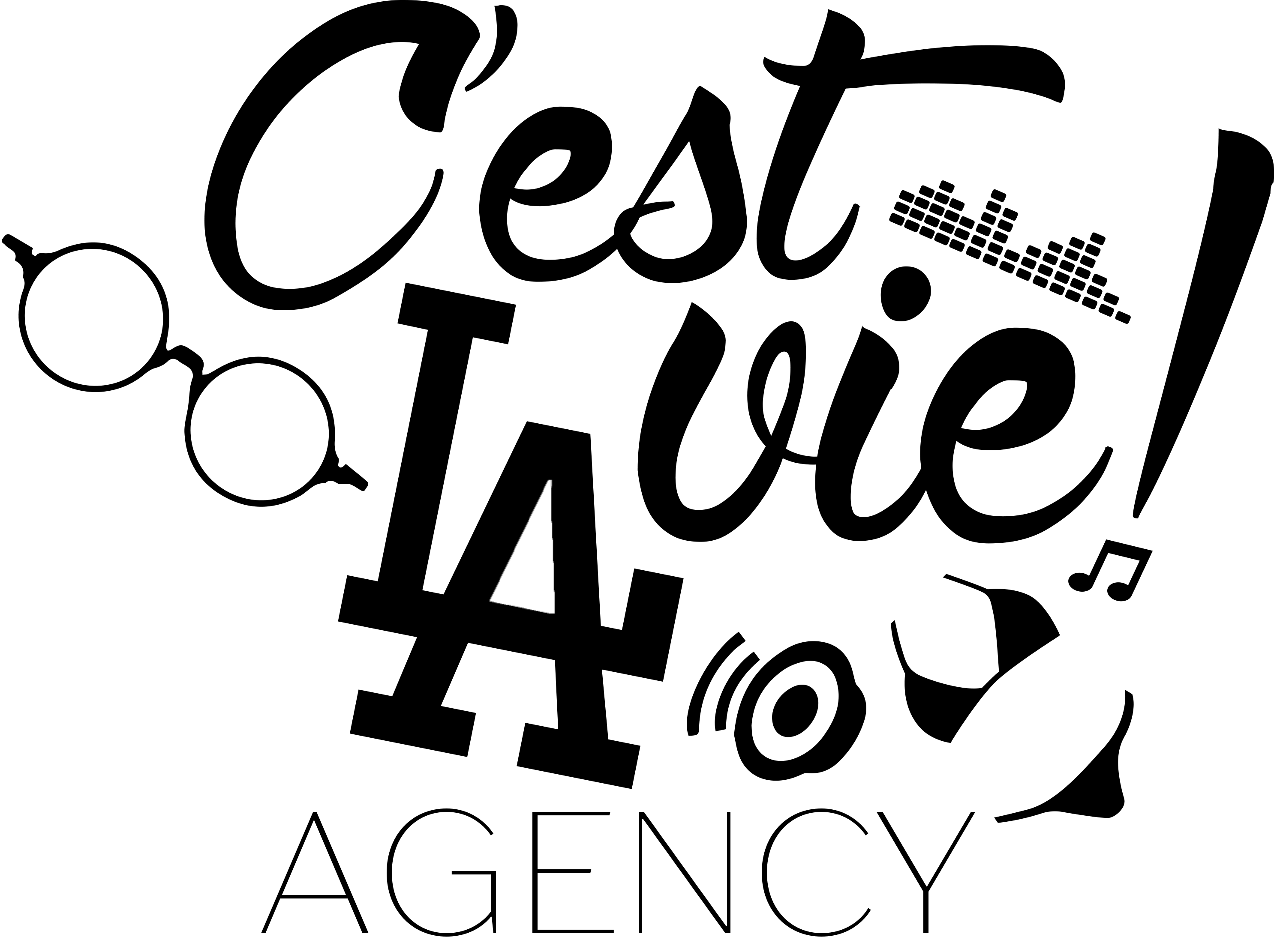 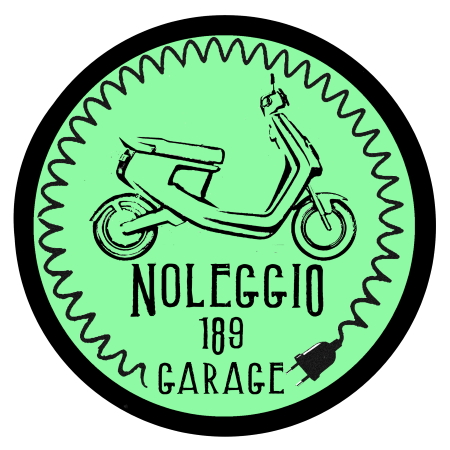 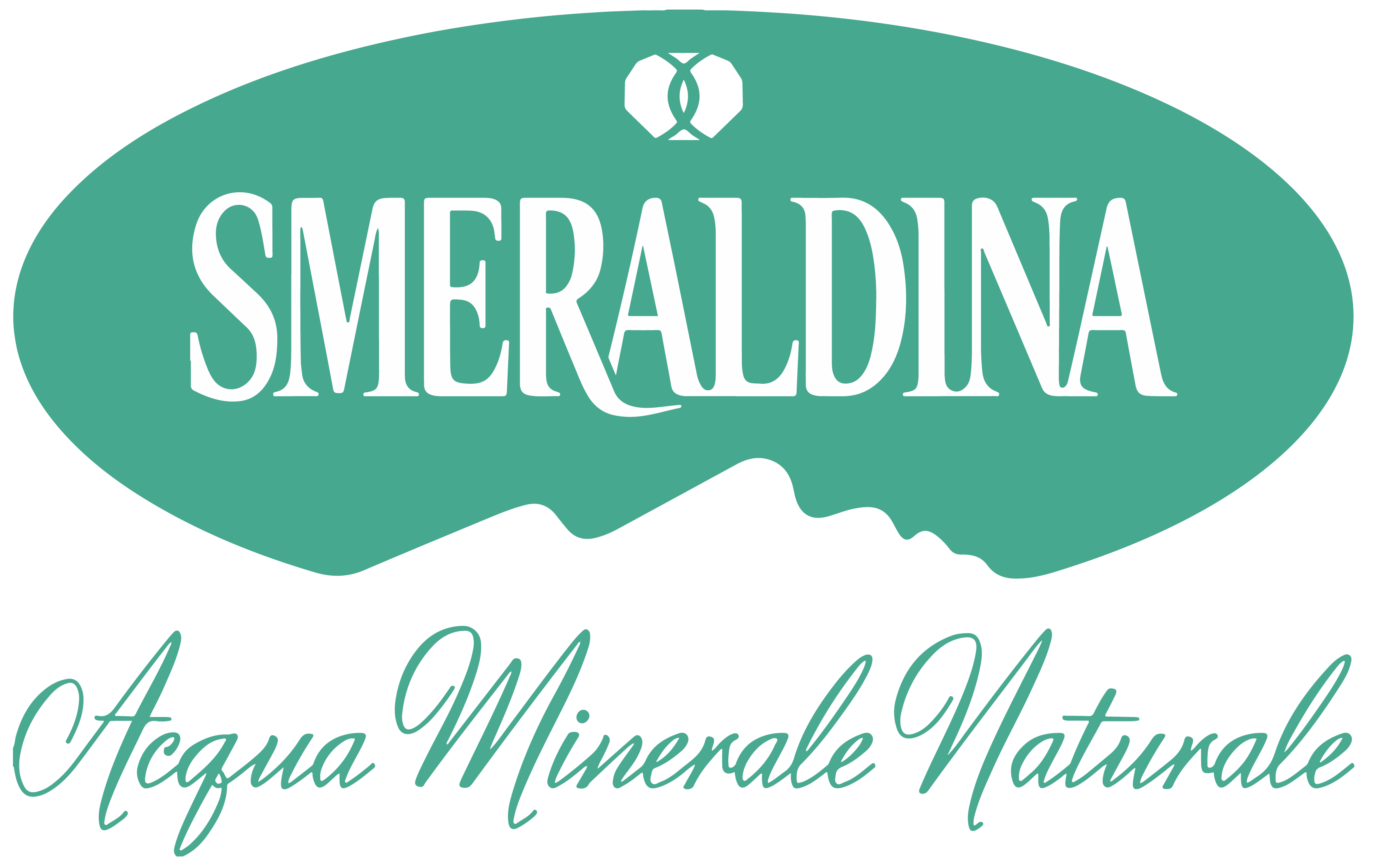